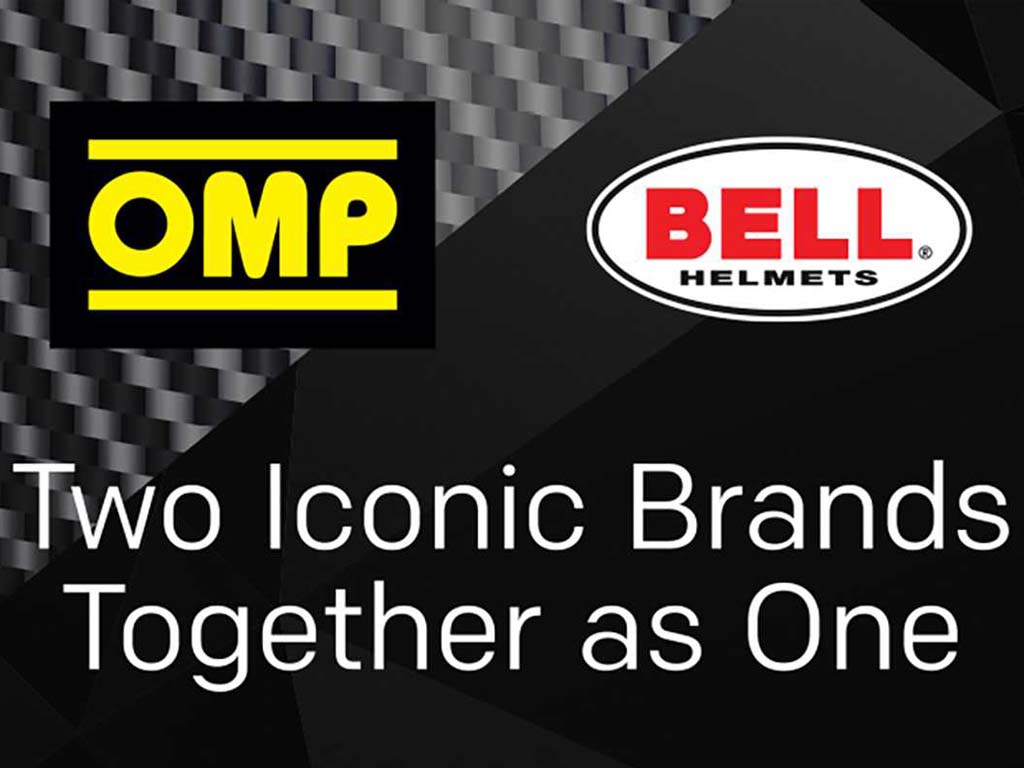 OMP Racing, the world’s leading company in motorsport safety equipment, with over 2,000 products in its catalogue, now includes the world’s top manufacturer of head protection for motorsport drivers. The new Group will keep the worldwide presence of both brands with their respective facilities: OMP’s R&D and manufacturing headquarter of Ronco Scrivia, Genoa (Italy) and OMP America’s HQ in Miami, FL, along with Bell Racing’s assets: the R&D and manufacturing headquarter in Sakhir, Bahrain, together with the centre in Ghislenghien, Belgium and the Bell Racing U.S. facilities in Champaign, IL, Speedway, IN and Mooresville, NC.

Mr. Paolo Delprato will be the President and CEO of the Group.

The operation will see Mr. Stephane Cohen, founder of Bell Racing, with more than thirty years’ experience in motorsport, coming back in the Group as minority shareholder and CEO of Bell Racing, where Mr. Aref Yazbek will be the General Manager.

Mr. Gabriele Pedone will be the CEO of all the US entities of the Group and Mr. Kyle Kietzmann will remain a minority shareholder in the US Bell entities and serve as COO.

Paolo Delprato, OMP Racing’s President and CEO: “This is the most important acquisition in OMP’s 46 years history, and it marks a revolution in the field of motorsports safety equipment. OMP and Bell are two iconic brands with a rich history of innovation. Putting these two brands together creates the world’s most important motorsports Group with tremendous potential for the future. Motorsports continues to evolve and, with this acquisition, we are preparing to face the new challenges ahead, confident in the value we can create and deliver”.

About OMP Racing—OMP Racing is an Italian company, established in 1973 in Genoa and having today its headquarters at Ronco Scrivia. OMP is a world leader in the field of design and manufacture of safety equipment for race cars (suits, gloves, shoes, seats, safety belts, helmets etc.). Since 2008 the control of the company has been acquired by Genoa-based SAYE S.p.A. Part of OMP is Racing Spirit, the leisurewear brand of the Group. Today OMP products are in all world racing championships, among which Formula 1; World Rally Championship - WRC; Rally Cross World Championship - WRX; Formula E; World Endurance Championship - WEC, IndyCar Series; NASCAR. OMP is one of the very few companies in the world which are able to offer a complete range of items dedicated to race cars and to drivers’ safety, with over 2,000 products in its catalogue, almost entirely homologated by the Fédération Internationale de l’Automobile – FIA. Further information about OMP Racing is available at
www.ompracing.com.

About Bell Racing Helmets— Bell Racing Helmets is the world’s leading manufacturer of state-of-the-art head protection designed for professional and amateur drivers competing in auto racing and karting. The Bell name in synonymous with safety, innovation, performance and engineering excellence. Bell helmets have been worn and trusted by more champions, in all forms of racing, than any other brand. Today Bell Helmets are used by the majority of drivers in F1. Further information about Bell Racing is available at
www.bellracing.com.