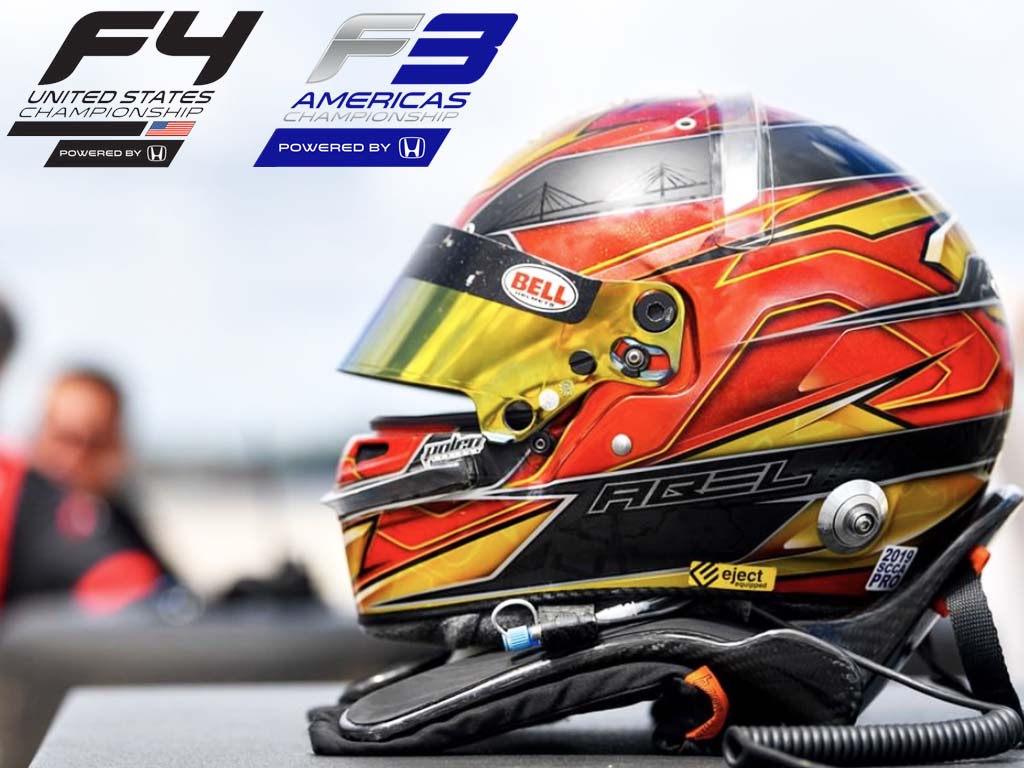 “Bell Racing is proud to partner with SCCA Pro Racing as the official helmet of the F4 U.S. and F3 Americas Championships,” said Bell Racing Helmet USA Motorsport Director Jacob Brown. “SCCA Pro Racing has provided a new platform for young up and coming drivers to showcase their talents and rise to the pinnacle of formula racing in the United States, and abroad. This helmet program provides drivers with the opportunity to partner with a helmet manufacture to support their journey, providing the latest innovations in protective helmet technology along the way. Scott Goodyear, Sydney Davis Yagel and Amy Greenway have done a fantastic job of growing F4 and F3 exponentially in a short time and we could not pass up on the opportunity to be part of these ever-growing series. We are excited for the future and supporting the success of junior formula drivers in the United States.”

The Bell name is synonymous with safety, innovation, performance and engineering excellence. Bell helmets have been worn and trusted by more champions, in all forms of racing, than any other brand. Kyle Kirkwood and Dakota Dickerson were both Bell Helmets Athletes when they won consecutive F4 U.S. and F3 Americas championships, and continue to support their commitment to the brand in Indy Lights (Kirkwood) and IMSA (Dickerson).

During his five IndyCar wins and 11 Indianapolis 500 starts, including the closest finish in Indy 500 history in 1992, F4 U.S. and F3 Americas Race Director Scott Goodyear was protected by Bell Helmets.

“As a racing car driver I always made sure I was equipped with the safest driving equipment available, so that’s why I wore a Bell Helmet throughout my career,” Goodyear said. “If I was racing the Indy 500, the streets of Long Beach or the 24 hour races at Daytona or LeMans, I knew I was wearing the best helmet in the world. Now as the Race Director for both F3 & F4, my first concern is for the safety of our young drivers behind the wheel, so it was natural for me to approach Bell Helmets to partner with us to provide the best protection for our young athletes as they embark on a career in motor sports.”

Bell Helmets will also be providing social media support to both championships and its Bell Helmet outfitted competitors.

Additional contingency sponsors for the 2020 season are still being confirmed and will be announced at a later date.

For more information on the F4 U.S. Championship Powered by Honda visit F4USChampionship.com or on the F3 Americas Championship, visit F3Americas.com.

About Bell Racing Helmets— Bell Racing Helmets is the world’s leading manufacturer of state-of-the-art head protection designed for professional and amateur drivers competing in the sport of auto racing. The Bell name is synonymous with safety, innovation, performance and engineering excellence. Bell helmets have been worn and trusted by more champions, in all forms of racing, than any other brand. Further information about Bell Racing is available at
www.bellracing.com.